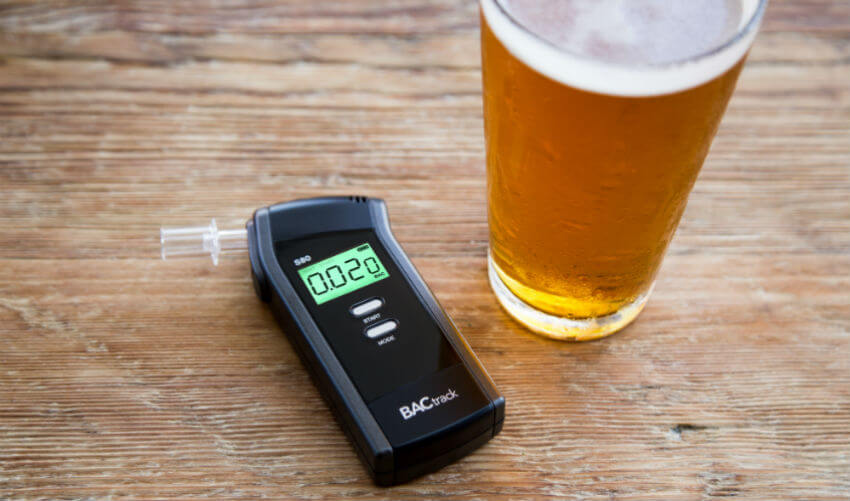 It kind of seems like a loaded question. All the manufacturers say yes. All the lawyers say no. So does the answer really just depend on who you ask? Actually, no.

The answer is, breathalyzers are very accurate – but only if you use the right kind from a quality manufacturer. Specifically, if your breathalyzer uses anything other than a fuel cell sensor, your device is limited in how accurate it can be and be sure you know the company behind your product.

So what makes a fuel cell breathalyzer sensor more accurate than all the other types? Now you’re asking the right question.

The breathalyzer accuracy question is really a science question. How does a breathalyzer detect and measure alcohol in your breath, and what can throw off the accuracy?

Alcohol, in chemical terms, is any organic compound with an –OH attached to it. From the alcohol we consume in beer, wine, and liquor, the alcohol in question is ethanol, also known as ethyl alcohol. The goal of any sensor is to detect ethanol vapor in your breath, and not detect anything else.

In simplest terms, fuel cells work best because they don’t detect most of the common substances that can throw off a breathalyzer. The more common sensor type is the semiconductor sensor, and this kind detects acetone and other ketones, some of which naturally occur in our breath depending on diet and other factors.

Have you ever heard someone make this complaint?

“Why does my breathalyzer say I’ve drunk alcohol when I haven’t?”

Anyone with this experience was likely using a breathalyzer with a semiconductor sensor, and it detected something other than ethyl alcohol in their breath. Could have been a ketone like acetone. But a false positive or an inaccurate reading also could be caused by perfume, cigarette smoke, mouthwash, hairspray, medication of some kind, or even lip balm.

Let’s get into a bit of the science. A fuel cell sensor uses two platinum electrodes sandwiched around a porous material that includes acid and other electrolytes.

When alcohol vapor enters the chamber, it reacts with the platinum and the air, and oxidizes. This turns the ethanol into acetic acid. In plainer language, this means the alcohol picks up some extra oxygen. The important part here is, this reaction also releases electrons.

If you ever took chemistry, you know electrons are the key to pretty much everything. In this case, the electrons flow into a wire that is connected to a little computer. Flowing electrons form an electric current, and the sensor detects this current and does some math to calculate the BAC percentage.

What does all this mean for you?

A higher electric current means a higher percentage of alcohol vapor in your breath.

A semiconductor simply uses a different material. The processes are different too, but what really matters is, they use tin dioxide in most cases instead of platinum, and tin dioxide reacts to false positive materials in far more cases than platinum does.

So it’s not like the semiconductor ones are cheap and pathetic versions of the same thing. It’s actually a different way to detect alcohol and an inherently less accurate one. There is no way to make a semiconductor breathalyzer that will be more accurate than a fuel cell one.

Why does anyone make semiconductor breathalyzers then?

For one, they’re cheaper to manufacture. But also, it depends on the needs of the user. Not everyone in every situation needs a super-accurate BAC reading. You might just want a general idea of how drunk someone is, or if they’ve consumed alcohol at all (like an underage person). In these cases, a semiconductor unit may be the right choice for you.

Does the Brand of Breathalyzer Affect Accuracy?

There’s only one way to answer this one. Test them!

While some manufacturers, like BACtrack, share their own internal testing results (see their accuracy testing results here), you ideally, you want third-party groups to independently test a variety of breathalyzers.

The New York Times’ site, The Wirecutter, for instance, ran a highly controlled breathalyzer comparison test. The most astounding result from their test wasn’t that BACtrack ranked the highest. It was that all the other breathalyzers were so inaccurate that they couldn’t recommend a single one of them, even as a runner up!

BACtrack’s fuel cell breathalyzer, BACtrack Mobile, was the only one that was even close to passing their accuracy testing. And that’s just one study.

An NBC LA review named BACtrack the best, as did The New York Times and even Dr. Oz.

One vital piece of information about testing procedures for all of these new organizations:  They compared each breathalyzer to the ones the police use, which are more expensive and sophisticated than a personal breathalyzer is expected to be. In each and every one of these comparisons, BACtrack’s breathalyzer was nearly identical to the police version in every reading taken.

So yes, the brand matters.

When you see dozens of third-party reviewers and testers all agreeing that a particular breathalyzer gives the most accurate readings, you can be quite confident it’s true.

What Can Throw a Breathalyzer Off?

But even the most accurate breathalyzer can still be thrown off.

The most common causes of inaccurate breathalyzer readings are:

Are breathalyzers accurate? Hopefully, you now see that it really comes down to the type of technology as well as the manufacturer.

BACtrack makes the most reputable, independently tested breathalyzers on the market. Everyone who has done a controlled test has found ours give basically the same reading as the ones the police use.

« How to Avoid a DUI in 5 Simple Steps

Browse our site and learn about alcohol consumption, how alcohol affects the body and its measurement. Sign up for our newsletters too! Our Most Popular Posts 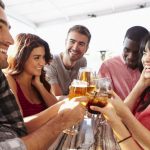 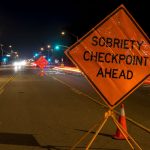 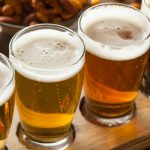